Compartir
Crossing the goal of a marathon is one of the most special experiences that a lover of running can experience. Months of training to overcome those 42 kilometers of race. Discover all the details about that unforgettable experience of running Marathon Madrid.

Crossing the finish line of a marathon is one of the most special experiences that a run-lover can live. Months of training just to overcome those 42 kilometers of race and, afterwards, celebrate with excitement having overcome such a great challenge.

On April 22nd, we relived that feeling again at the EDP Rock 'n' Roll Madrid, the marathon of the capital. More than 40 runners from different parts of Spain and Europe decided to join the Artiem team and became finishers in both the marathon and the Madrid Half. 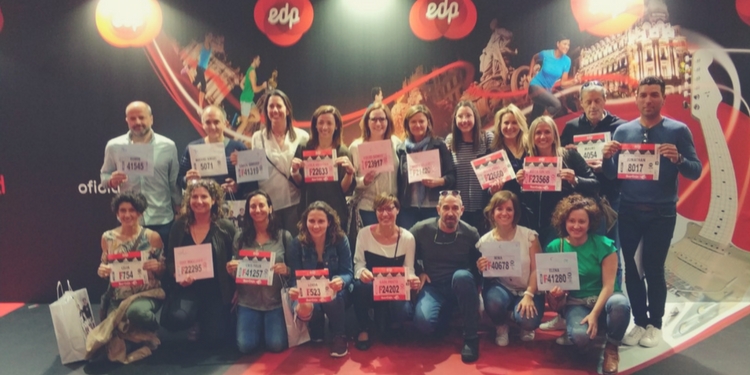 At Artiem we live sports in general and running in particular with passion, that´s why for some years we haven´t missed any edition of the EDP Rock 'n' Roll Madrid Marathon & 1/2. And not just that; since we like to share it with others, we created a special package for the runners who wanted to stay with us in order to prepare the race together. This year we´ve had more than 40 runners!

For them, we designed a 24-hour program in ARTIEM Madrid prior to the marathon so that they could prepare adequately for the big day. Do you want to know how it went?

The first meeting took place on Saturday afternoon, when all the runners had already arrived at the hotel. José Pablo Rodríguez Jiménez, CEO of Personal Running, offered a tecnical talk to prepare the race. 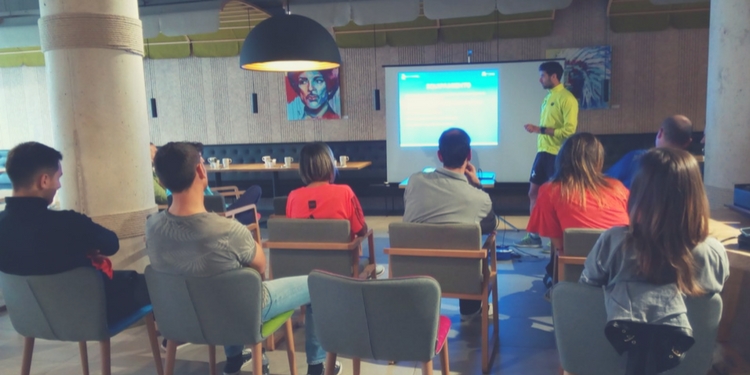 In this first contact, the nerves contained among those who were running a marathon for the first time are usually perceived, different accents are noticed -confirming that EDP Rock 'n' Roll Madrid is famous all over the world- and, above all, a lot concentration is prioritized in order to not lose detail of the advice and recommendations of the speaker.

In addition to analyzing the profile of the route, specially reviewing the most complex points, the runners went through the recommendations of feeding and hydration before the race. Plenty of carbohydrates and liters of water for everyone!

After the talk, led by José Pablo, the entire team went out for a short run around the hotel. Of course, without forcing too much, as strengths had to be saved for the race!

That night, going to sleep soon was mandatory ... since at 6 o'clock runners had to be up for breakfast with enough time for everything that was ahead! The day had started with an energetic breakfast worth of our runner. Due to the adrenaline before the race, the atmosphere at breakfast was full of excitement and nerves. Some decided to talk about the day plan with each other, others talked about their previous marathon experiences... 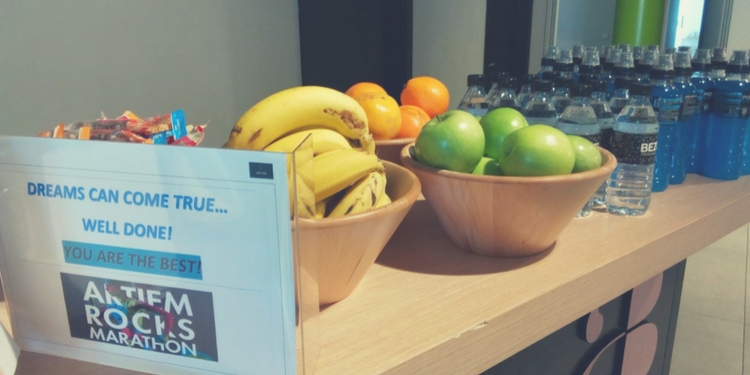 At 8 o'clock, an hour before the start of the race, the runners grabbed the buses that would take them to the starting line. Once there, the only thing left was to warm up.

At 9, the race began with 42 kilometers ahead and a route through some of the most iconic places in Madrid: Atocha, Paseo de la Castellana, Madrid Río ... A route that is divided between those who dared to run the marathon and those who preferred, for the moment, “just” to run half.

The weather and the atmosphere were unbeatable, as fans gathered along the route to cheer for the runners. With music, applause and nice views the race advanced step by step. And finally, when energies start to run short: the finish line appears ahead! Pride, emotion and tiredness are intermingled creating a unique feeling that only those who have finished a marathon can understand. At that point, the focus is not on the record, the rhythms or the medals. The only important thing is to have finished! 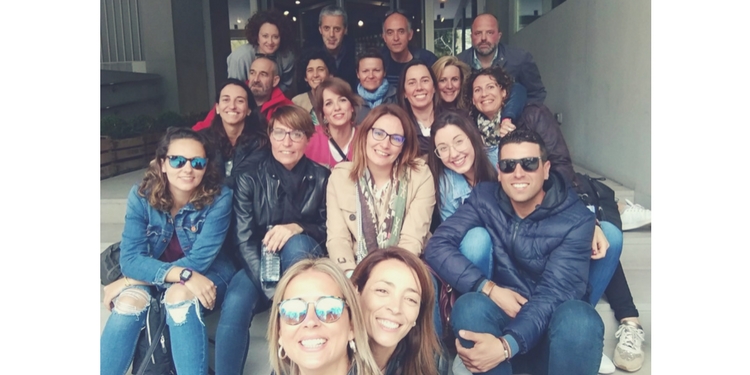 And to celebrate, as our riders started returning to the hotel on the buses, we prepared a recovery lunch that they had more than earned. Regaining strength, rehydrating and sharing the experience with colleagues makes the rest of the day agenda. A typical post-race environment!

The feeling, one more year, couldn´t have been better. For that reason, next year we will for sure return to the EDP ROCK 'N' ROLL MADRID MARATHON & 1/2 and we will be the home of all of those who want to be part of the Artiem team and live 24 unforgettable hours at our side.

See you next year!