Compartir
The race in stages around Menorca, which can be run on foot or mountain bike and in pairs or solo mode, incorporates ARTIEM as the main sponsor, developing together the IMPACT+ programme, launches an app and is broadcasted via streaming.

Another edition of the ARTIEM Epic Camí de Cavalls 360º has already passed and was held in three stages on 4, 5 and 6 November along a route that goes all the way around Menorca. As usual, the race is run on foot or mountain bike and in teams of two (male, female or mixed) or in the solo modality.

This year, however, there are many news: ARTIEM Hotels is the main sponsor for the first time, the race is launching an app full of features for participants and it will be broadcast live via streaming. All this without losing, obviously, its philosophy of respect for the environment and its personality that makes it a unique event.

A total of 350 participants, divided into TrailRun Epic 360º, MountainBike Epic 360º and Experience 360º. 85% of them came from outside the island: 70% from various parts of Spain and 15% from up to thirteen countries, from Europe, Canada and South Africa.

Last Thursday, November 3rd, the official presentation was held at the ARTIEM Audax hotel in Cala Galdana, which is the main centre of the event and where the main events of the programme take place, from the collection of race bibs to the prize-giving ceremony and the end of race party. 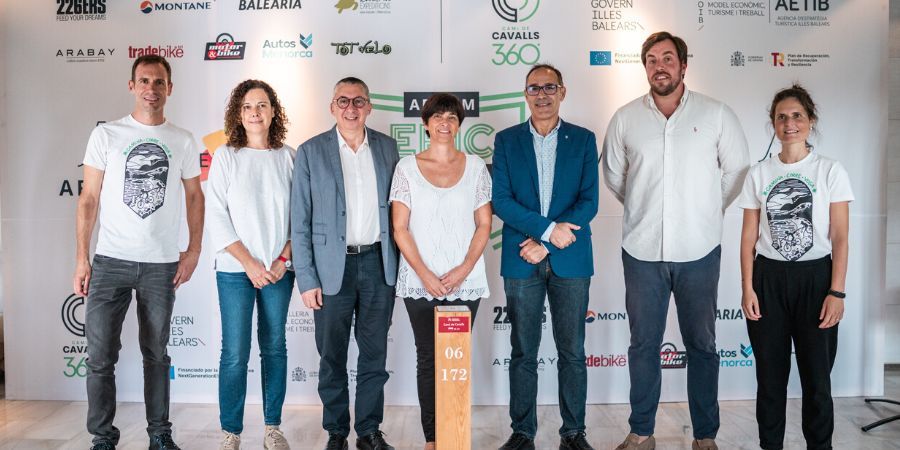 All of them congratulated themselves on the consolidation of an event that is celebrating its 8th edition and that contributes to creating an image of Menorca that responds to solid social and environmental values, while at the same time paving the way towards the de-seasonalisation and lengthening of the tourist season. In addition to reviewing the history of the ARTIEM Epic Camí de Cavalls 360º, Joan Febrer highlighted the important new features of this year's event.

For the first time in the history of the ARTIEM Epic Camí de Cavalls 360º, the participants of the categories TrailRun Epic 360º and MountainBike Epic 360º faced a route that covers the entire perimeter of the island, mainly along the historic Camí de Cavalls (GR 223), in the three stages of the race. As always, the participants in the Experience 360º category faced a shorter route, which also preserved the atmosphere of the Camí de Cavalls and took them through the most emblematic landscapes of Menorca. 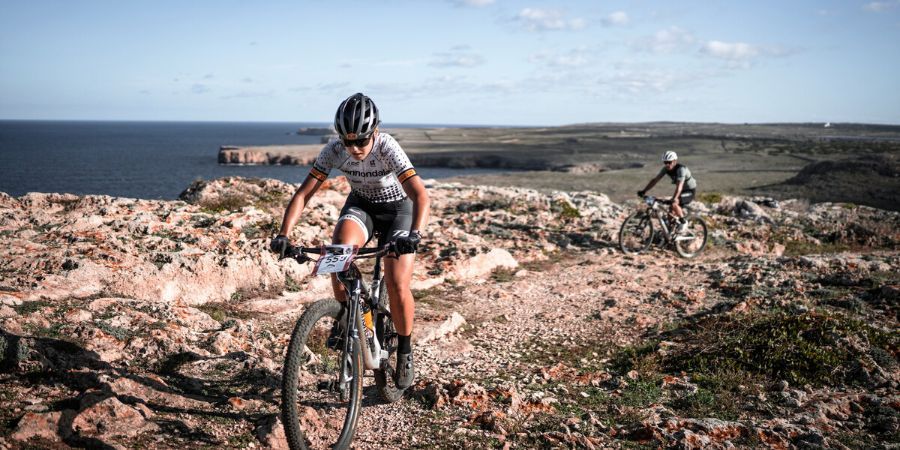 Above all the novelties and the sporting challenge, the ARTIEM Epic Cami de Cavalls 360º remains firm in its commitment to respect for the environment. The race regulations clearly stipulate the commitment to good environmental practices that runners take on with their registration.

For years now, the event has not used single-use cups and all containers and wrappers that participants carry with them throughout the race must be marked with their bib number. In addition, participants are not allowed to leave the marked route, shout or make noise, among other measures. The race crosses a multitude of natural spaces, often fragile and many of them protected, including the Parc Natural de s'Albufera des Grau and the Natura 2000 Network areas.

On the other hand, it is worth remembering that ARTIEM Epic Camí de Cavalls 360º has been participating for years in the project for the conservation of the Camí de Cavalls promoted by the organising company 40º Nord. A part of the amount of each registration fee -as well as the voluntary contributions of the participants- is destined to actions for the maintenance and conservation of this historic path. 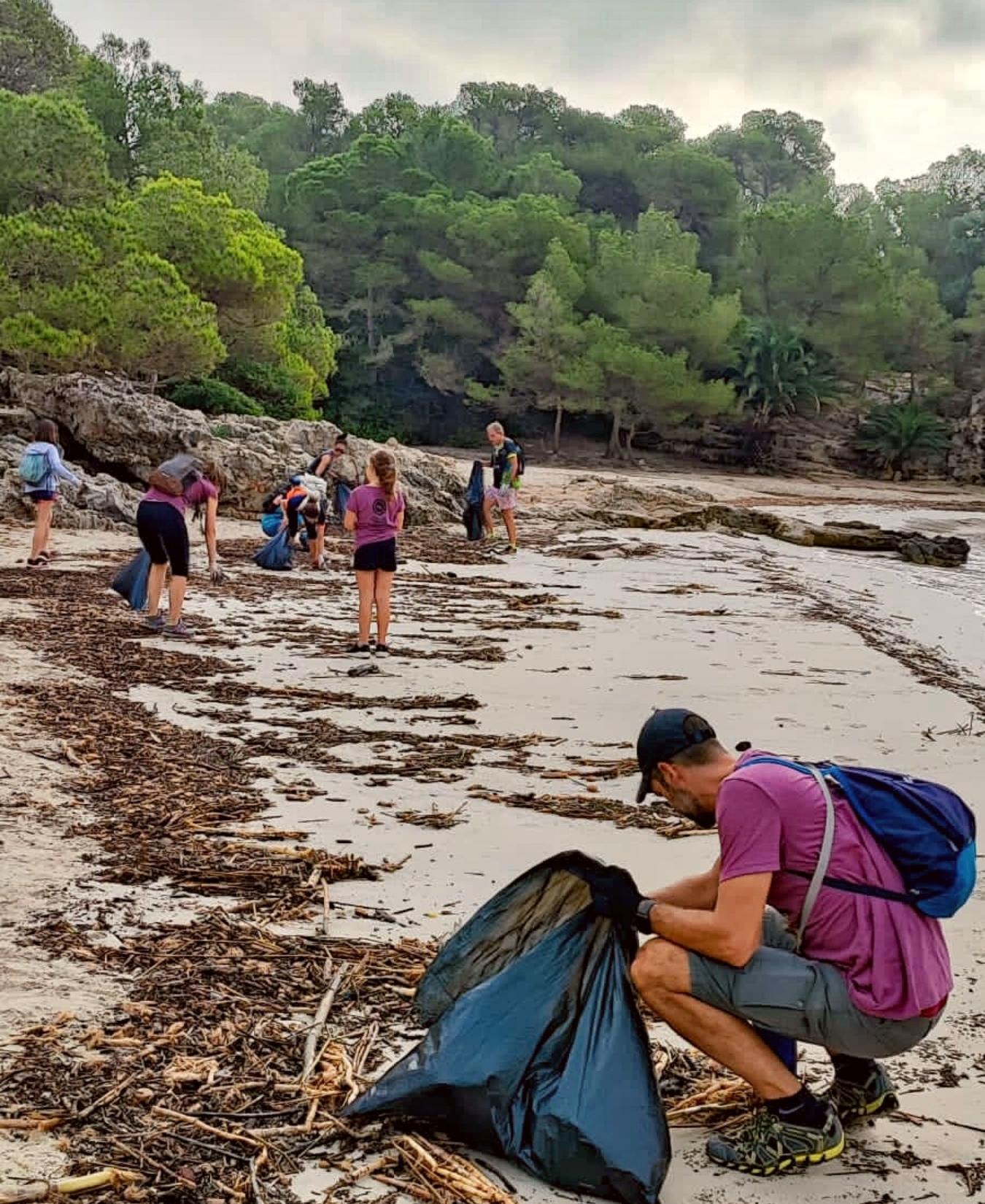 From the social perspective, and in collaboration with the Foundation for People with Disabilities of Menorca, we have worked to ensure that members of this entity form part of the volunteers team to enjoy the race days.

The participants of the ARTIEM Epic Camí de Cavalls 360º 2022 had for the first time a magnificent tool with which they were able to keep permanently informed about everything they need to know about the race. The organisation has launched a new app where you can consult routes, tracks, services, locations, timetables, classifications, daily photo album and much more.

It can be accessed at: app.epiccdc360.com 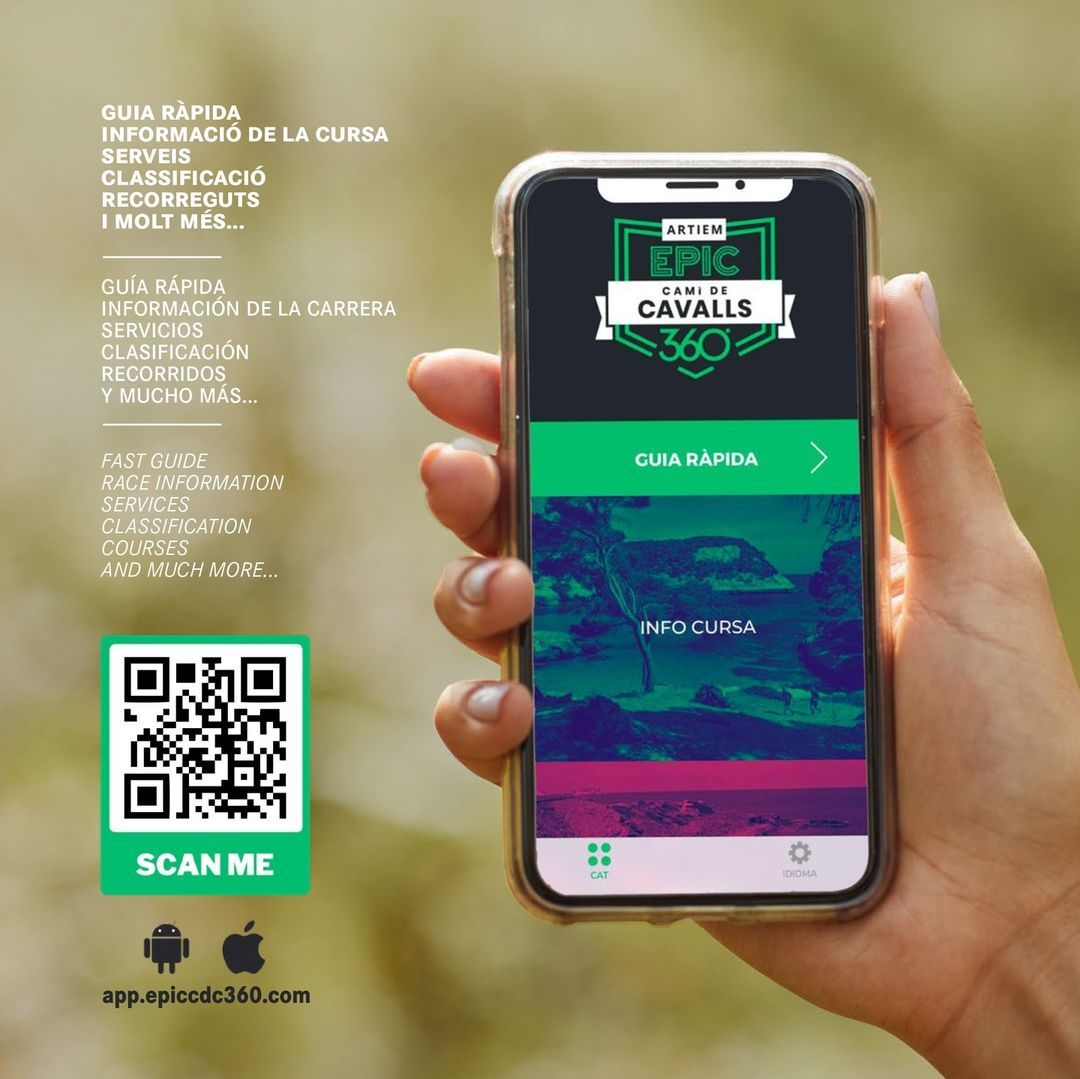 The ARTIEM Epic Camí de Cavalls 360º 2022 went down in history as the first Menorcan race of its kind to be broadcast live via streaming. Fans can connect with the island and enjoy the race of the three stages live. For the first time, you can get an idea from distance of how spectacular and technically demanding the course is.

The streaming can be followed on the Camí de Cavalls 360º Youtube Channel.

It has never been a race like any other. It has always been an original event, with unique characteristics and an unquestionable attraction for all those who have taken part in it. "One island, three stages, one epic adventure" is the timeless slogan of a challenge that year after year leads participants to "start as strangers, continue as friends and finish as family", in the words of many of them after crossing the finish line.

ARTIEM Epic Camí de Cavalls 360º 2022 is an event that works to promote a different type of tourism from that of sun and beach, in search of the deseasonalisation and lengthening of the season.