Compartir
Everybody is trying to be happy. We know (and have done for 20 years) that our happiness is you. So we want to help you find it.

“The secret to happiness is: find something more important than you are and dedicate your life to it”, said Alan Webber, the founder of Fast Company magazine, quoting the philosopher Daniel Dennett. At ARTIEM we share that philosophy and know that, for us, that “something” is to inspire people to find such happiness at our hotels. We found our own path over 20 years ago.

Seldom have we told it: the story of how ARTIEM was founded, but it has much to do (how could it be otherwise?) with the quest for happiness and personal fulfilment. The heroes of this tale are José Guillermo Díaz Montañés (otherwise known as Pepe) and Gabriela Aliaga who, guided by Pepe’s entrepreneurial spirit, in 1987 moved to Menorca with the idea of starting their own company. 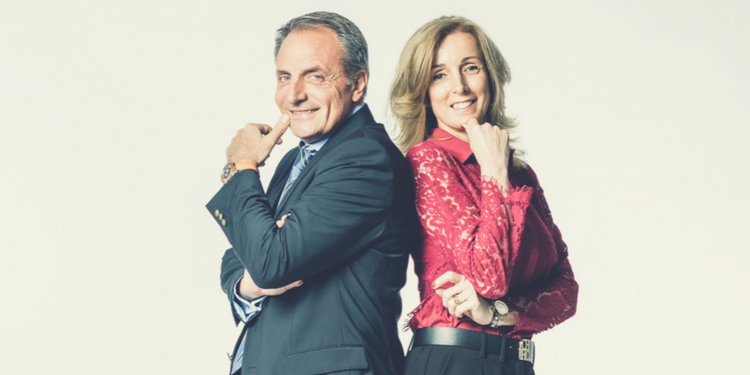 Pepe’s family had businesses on the island and he took on management of a small part of it, dedicated to the hotel sector. At the time the couple took over the reins, Menorca was experiencing growth as a tourist destination. There were many opportunities but also a lot of uncertainty.

Meanwhile, the family decided to sell all of its businesses, so Gabriela and Pepe chose to set up their own concern. They sold their apartment and bought a company called Red Turística Menorquina off his family. This company managed the current Hotel ARTIEM Capri. They also purchased some apartments in Son Bou since its foundation in 1974.

With the sale of the family business, Menorca locals imagined they had earned a veritable fortune and “hotel for sale” offers rained down upon them continually. Of them all, they were attracted to Hotel ARTIEM Audax. A bank had been trying to get this hotel off its books for some time and made them a tempting offer, so they jumped in boots and all … again! 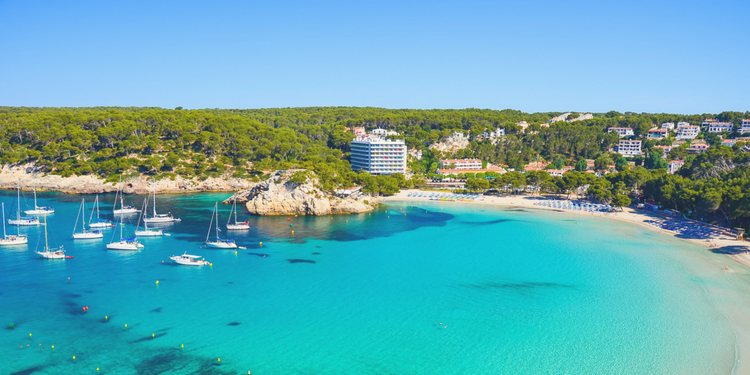 Now managing several types of accommodation, Gabriela and Pepe set up improvised offices in two rooms at ARTIEM Capri and set to work. Pepe took on the more strategic and negotiating side while Gabriela focussed on administrative matters. However, when needed, they were both willing to roll up their sleeves and pitch in: from frying an egg because the chef was late one night or signing up for numerous courses to learn how to manage the spa at ARTIEM Audax or run the HR team.

At a certain point, to give their brand a facelift, they also decided to change the name from Red Turística Menorquina to ARTIEM (its acronym as pronounced in English). Meanwhile, they began to work on their company values and culture: wellness, sustainability and people. They arrived at these by a virtually natural and unconscious route since they already constituted highly important facets of their own lives. Wasn’t it logical to transfer them to their business?

Without a doubt, they were tough beginnings (which founding stories are not?), but they had both found that “something” that would make them happy, and threw all their hopes, energies and dreams into it. The main drive at ARTIEM has been and will remain the happiness and positivism of those who comprise it. In its time it was Pepe and Gabriela, but nowadays it is the entire Freshpeople team, which has continued to grow over time. Currently, in addition to ARTIEM Audax and ARTIEM Capri, we also have the hotel ARTIEM Carlos in Menorca and ARTIEM Madrid in the Spanish capital. And from December onwards, the new Asturias hotel, Bal Hotel & Spa. 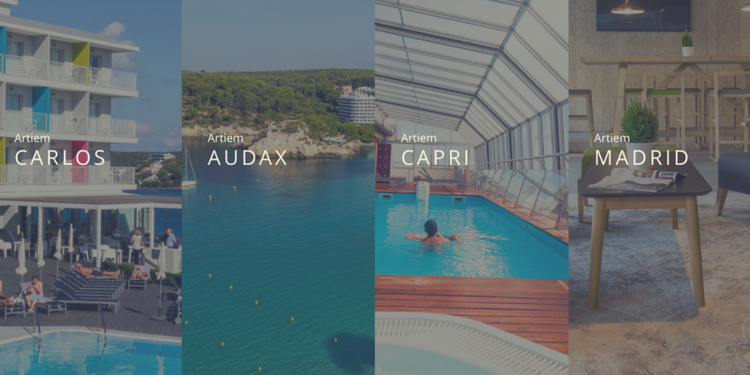 We strive so that all ARTIEM staff, in all four locations, feel fulfilled and turn up to work with a smile on their face. Gabriela – now head of the People and Wellness Department – and her team personally take charge of creating personalised welcome plans, training, work-life balance and more. They do all this so that ARTIEM employees feel part of this huge family and are happy in their jobs. Their happiness is ours and that of our guests. 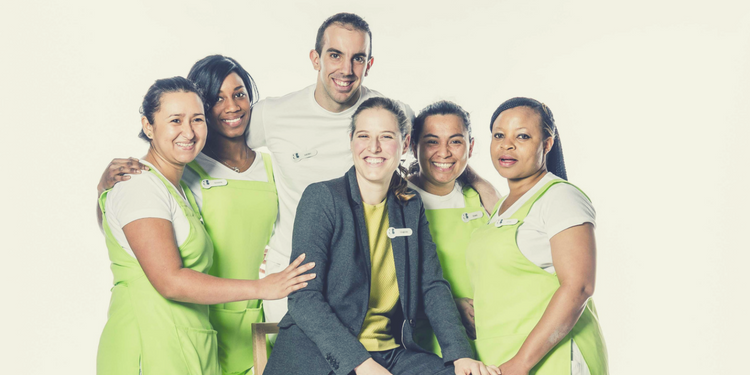 We believe that our job consists of helping people to be happy. That is why another of our goals is for our guests to find with us the well-being and peacefulness they seek. As Pepe says, “we are not nor ever will be a hotel company. We do not sell beds but happiness. We have a culture and a proposal that we develop as a hotel, but it could be in any other place.”

In the end, everybody is trying to find their own path towards happiness. At ARTIEM we aspire to inspire you to find yours. Our path is you.

The road to happiness. 5 books to help you learn how to be a better person recommended by our CEO

The best HO, HO, Hotels for the world wish you a Happy Christmas!

The richness of diversity: that’s how we promote inclusivity at ARTIEM