Discover Talayotic Menorca: a trip back to prehistoric times

Compartir
Extraordinary shrines, monumental circular houses, funerary navetas and large Talayotic settlements, caves hollowed in ravines and impressive cliffs… See how the ancient prehistoric settlers of Menorca lived and learn about their singular culture and how they related to each other. Relive a past that can still be seen today through their ancestral stones.

The island of Menorca is a paradise in every sense of the word. For its natural resources, its heavenly, white coves, its unique gastronomy and its roots and millennial culture that is still evident today as a living legacy.

Menorca is applying to be included as a UNESCO World Heritage Site based on its 32 Talayotic settlements, and it is the island with the largest number of archaeological sites in Spain. The figures speak for themselves:

The Prehistoric Age emerges in Menorca from the ground in the form of stone and in exaggerated proportions. And discovering them, preserving them and enjoying them is the best gift we could give ourselves.

We at ARTIEM Hotels are strong defenders of heritage, history and local culture and of course, we want to share all this with you.

Where do we begin? Before we tell you how to visit the most extraordinary remains of the Menorcan Talayotic Period, we will provide some context.

What is the Talayotic Period?

The Talayotic Period is the cultural period that existed in Menorca and in Mallorca from 2000 B.C., between the Bronze and the Iron Ages. It was at the end of the Bronze Age that Menorca began to display its own characteristics that were quite different to those of Mallorca and to develop a unique culture with a marked personality.

The most representative constructions of that period are the tayalots: colossal towers created with local dry stone without mortar.

Other common constructions were funerary navetas and natural caves that were closed for funerary use, as well as table-like structures, a type of shrine in which the main element resembles a table. The houses, known as circles due to their circular shape, were attached to each other. 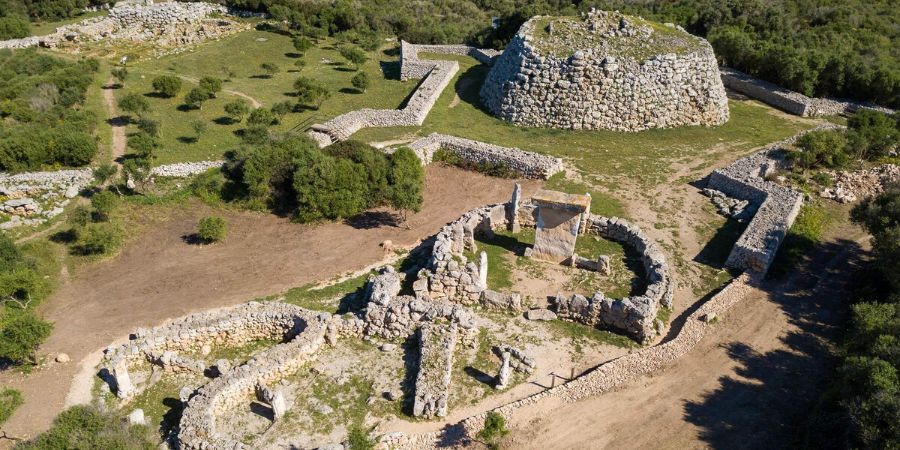 It is impossible to visit Menorca without coming across archaeological settlements or remains, as there are so many of them!

But if you really want to visit the most emblematic sites of the Talayotic Menorca that have applied to be included as a World Heritage Site, here are 5 that you must see:

This impressive Talayotic naveta is only 15 minutes from ARTIEM Audax in Cala Galdana, and is the perfect place to start your visit. This type of funerary construction is very well preserved and is unique and exclusive to Menorca. Considered to be the oldest construction in Europe, it is one of the Talayotic monuments most often visited in Menorca.

With a height of over 13 metres and the shape of an inverted ship, Naveta des Tudons was built by fitting dry stones together without using mortar. 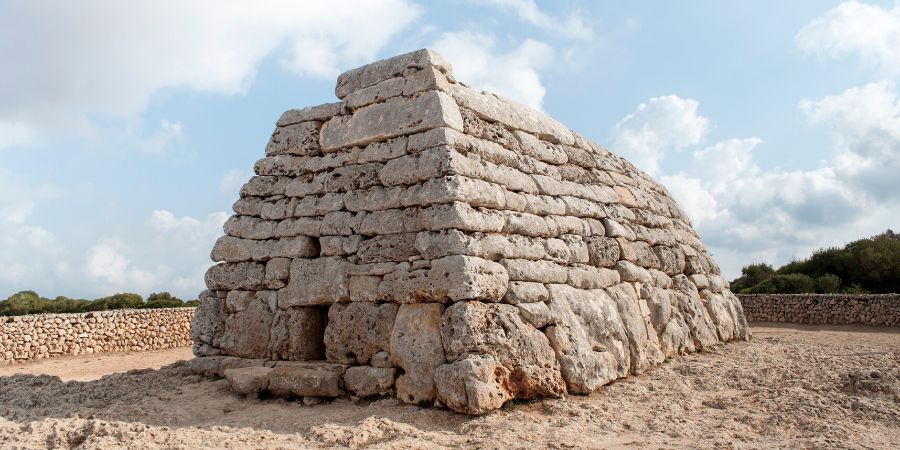 In excavation work carried out in the mid-19th century, the remains of a collective tomb were found, as well as various items of funerary dowry.

To complete your route, pay a visit to Ciudadela Museum. Museums are guardians of cultural treasures and will help you understand and imagine how the inhabitants of Menorca lived in prehistoric times.

It is not far from Naveta de Tudons and you can make the most of your visit to see this small Talayotic settlement which was inhabited until the fall of the Roman Empire.

The Talayotic settlement of Torrellafuda, one of the most emblematic settlements on the island, is perfect for visiting in the summer, as it is located in a shady holm oak grove. 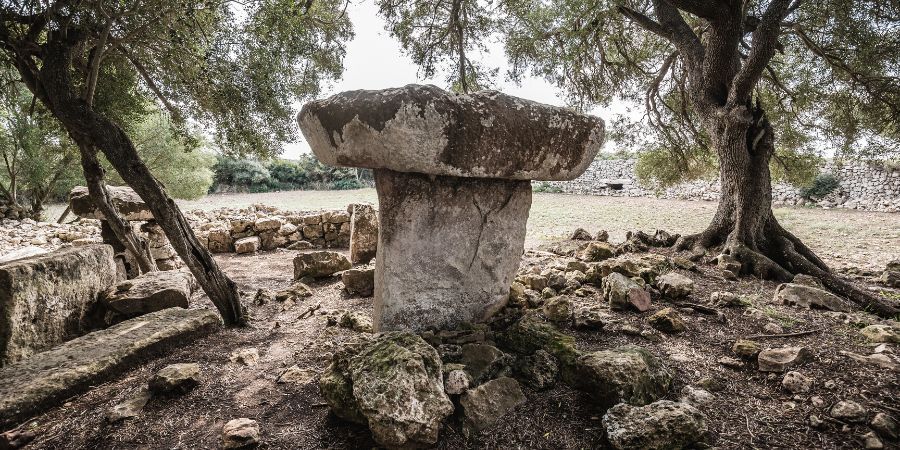 You will see the first remains on the trail that leads to the settlement. First of all you will see the burial caves carved out of the rock, and then you will come to the grand talayot, one of the most impressive in Menorca. Behind it is the Talayotic table structure and the remains of some houses.

You will also see the remains of parts of the colossal wall that enclosed the settlement, with its two entrances.

To the north of Ciutadella, this necropolis is a must-see and is one of the most spectacular on the island. 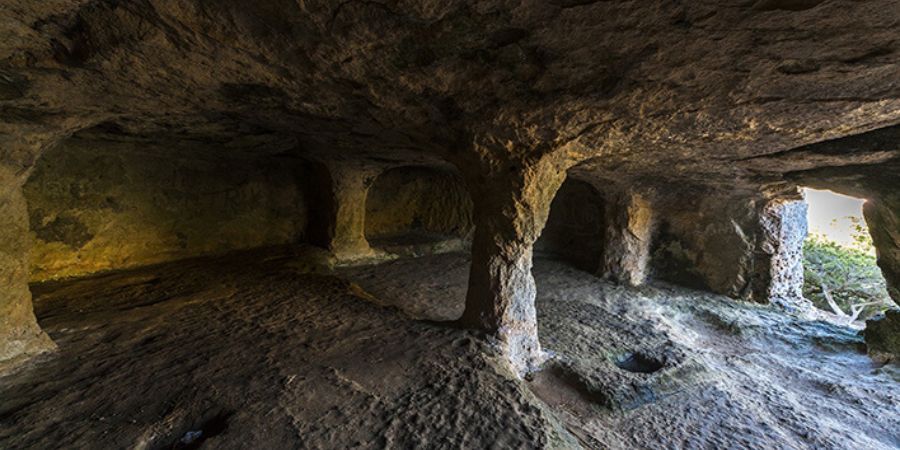 Formed by a group of fourteen artificial caves, some of them with a simple layout and others have drops in level or columns to mark out different spaces, with small courtyards at the front and even with the marks of the tools used to build them. They were used as burial grounds from the middle of the Bronze Age until well into the Roman Empire period.

And if the weather is hot, what about ending with a refreshing dip in the sea? Make the most of your outing to the Necropolis of Cala Morell to visit the attractive cala La Vall and bathe in its clear, turquoise waters. 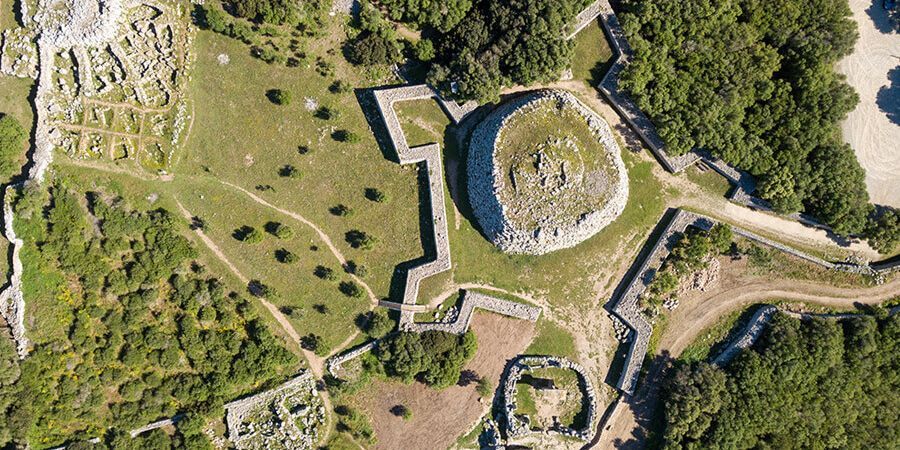 The site, which was originally walled, still contains some remains of the settlement, and some sections of the wall with two square towers, two tayalots, the table structure (the largest in Menorca) and the remains of some houses that are perfectly visible. If you look closely, you can still see the community area, located between the grand talayot and the table structure, as well as an area used for domestic chores.

The settlement was destroyed violently and following the abrupt flight of the settlers, the remains of very well preserved household items were found during excavation work in the settlement which is now exhibited in the Museum of Menorca.

The Talayotic settlement of Talatí de Dalt is not far away, which you can visit on a pleasant walk through this well-preserved settlement consisting of a necropolis formed by artificial caves and other interesting remains that were inhabited until the Muslim period. It is one of the best documented sites in Menorca, and at the entrance, you can ask for an informational leaflet that will help you during your visit. 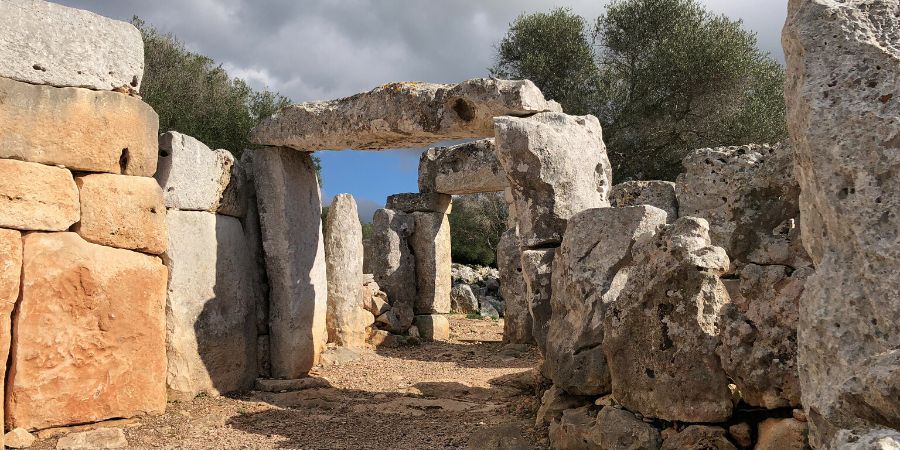 Calescoves awakened the interest of the different Menorcan settlers from the Prehistoric period to the Roman period. Due to its constant occupation, this area is of enormous archaeological value due to the number and importance of its monuments, and even the sea bed of this area contains many remains.

The Necropolis of Calescoves is formed by more than ninety caves and hypogaeums or tombs carved into the cliffs of the cove, a boat landing that dates from prehistoric times, a coastal site, a prehistoric wall and a shrine that dates from the period of the Roman Empire. 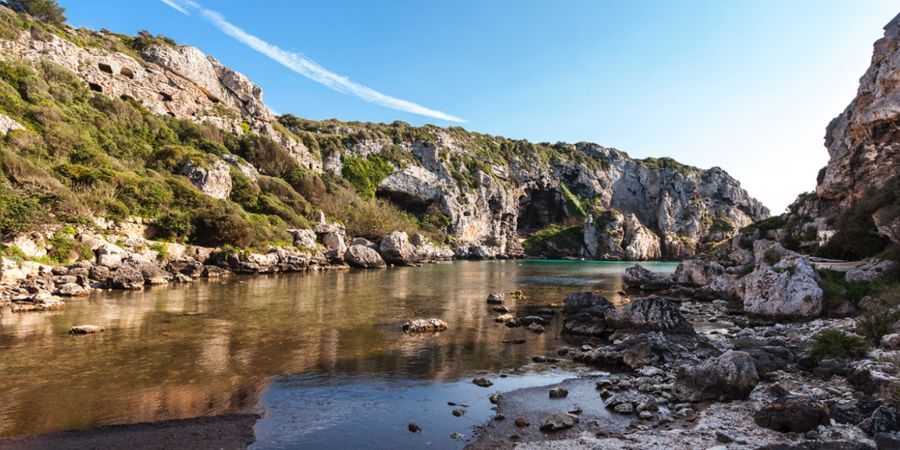 Your island, your plans: Menorca as you please

We’ve already told you about some of the best routes in Talayotic Menorca that you can take to discover more about the island’s history.

But to allow you to invent your thousand and one Talayotic routes by choosing those areas that suit you best, here is a Talayotic Menorca map with all the must-see sites and other areas of interest to enable you to learn about the prehistory of Menorca. 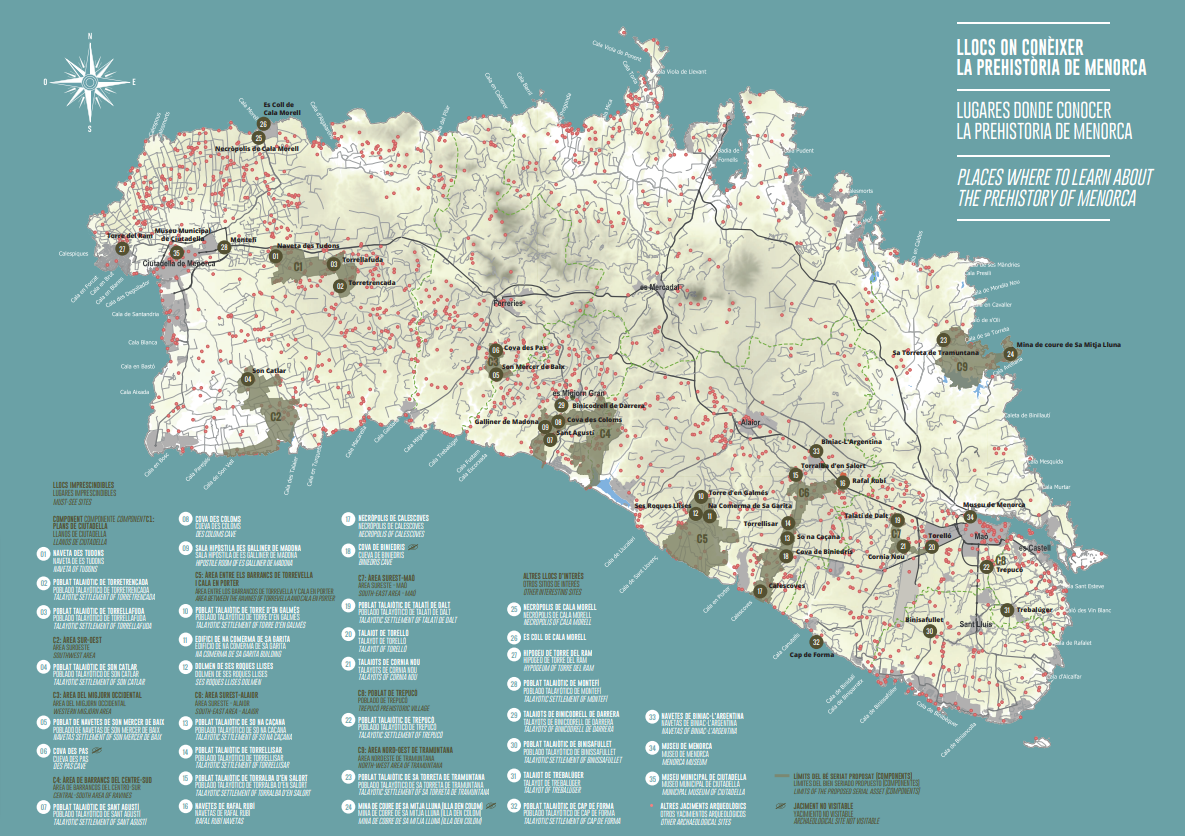 Now that we’ve told you how to organise your route through prehistoric Menorca, start marking your favourite points and choosing your dates!

Have you thought about where to set up your home base?

ARTIEM Audax in Cala Galdana and ARTIEM Carlos, ARTIEM Capri and ARTIEM Urban Apartments in Mahon are waiting for you to offer you all the care and attention you need to guarantee the success of your expedition. Which one are you going to?

Remember, we have lots of experiences ready for you to enjoy, such as the cycling trip through Talayotic Menorca and many other activities that you can take a look at on our experiences web page.

But according to our #ArtiemLovers, one of the high spots of the day will most likely be returning to your hotel and paying a visit to our relaxing SPA.

It’s inevitable, you can now take away with you a piece of the ancestral culture of Menorca. You can also taste it too, thanks to the authentic gastronomy of Menorca that you can enjoy on the terraces of ARTIEM Hotels.

We invite you to discover this valuable, unique heritage with us; the odyssey of an insular culture trapped between sky and sea. We at ARTIEM want to offer you the best mindful holidays.

Be sure to book your dates, our Freshpeople are already drawing up the list. Start enjoying the summer of your dreams now!